Alejandro Tantanian was born in Buenos Aires in 1966. In 1979, he started his acting studies at the Universidad Popular de Belgrano. Studies expanded and diversified from the beginning of the 80s with teachers as Laura Yusem, Ricardo Monti, Alicia Scaglia, Norman Briski, Juan Carlos Gené and Augusto Fernandes, among others.
His work at the theatre field began as an actor in the early '80s. Since then, in addition to his acting career, he unfolded his work as a writer, director, régisseur, singer, teacher and translator.
He was part of the authors’ collective Caraja-ji and El Periférico de Objetos – a paradigmatic independent group of exxperimental theatre from Argentina.
His works were presented in numerous international theatre festivals and received several national prizes. He was the first Argentinean artist from the theatre field selected for the scholarship Akademie Schloss Solitude, Stuttgart, Germany.
Founded in January 2010 Panorama Sur: platform of exchange and training for artists based in Buenos Aires to serve as artistic director until the closing of the platform in August 2019.
From 2015 to 2016 he works as Curator in Performing Arts at the Museum of Modern Art of Buenos Aires (MAMBA).
From January 2017 to January 2020 was the Artistic Director of TNA / Teatro Nacional Argentino - Teatro Cervantes.
From February 2019 to January 2020 was part of the Board of Directors from Fondo Nacional de las Artes.
He was invited to more than 60 international festivals.
Winner of several national prizes. First artist of the theatre field elected for the grantship of Akademie Schloss Solitude, Germany.
As a playwright, he has been premiered (apart from his fatherland) in Brazil, Uruguay, France, Spain, Belgium, Austria and Germany.
His plays were translated into Portuguese, English, French, Italian and German. 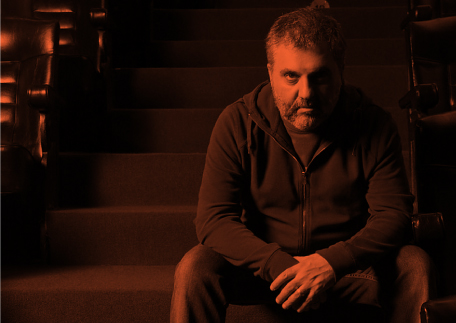